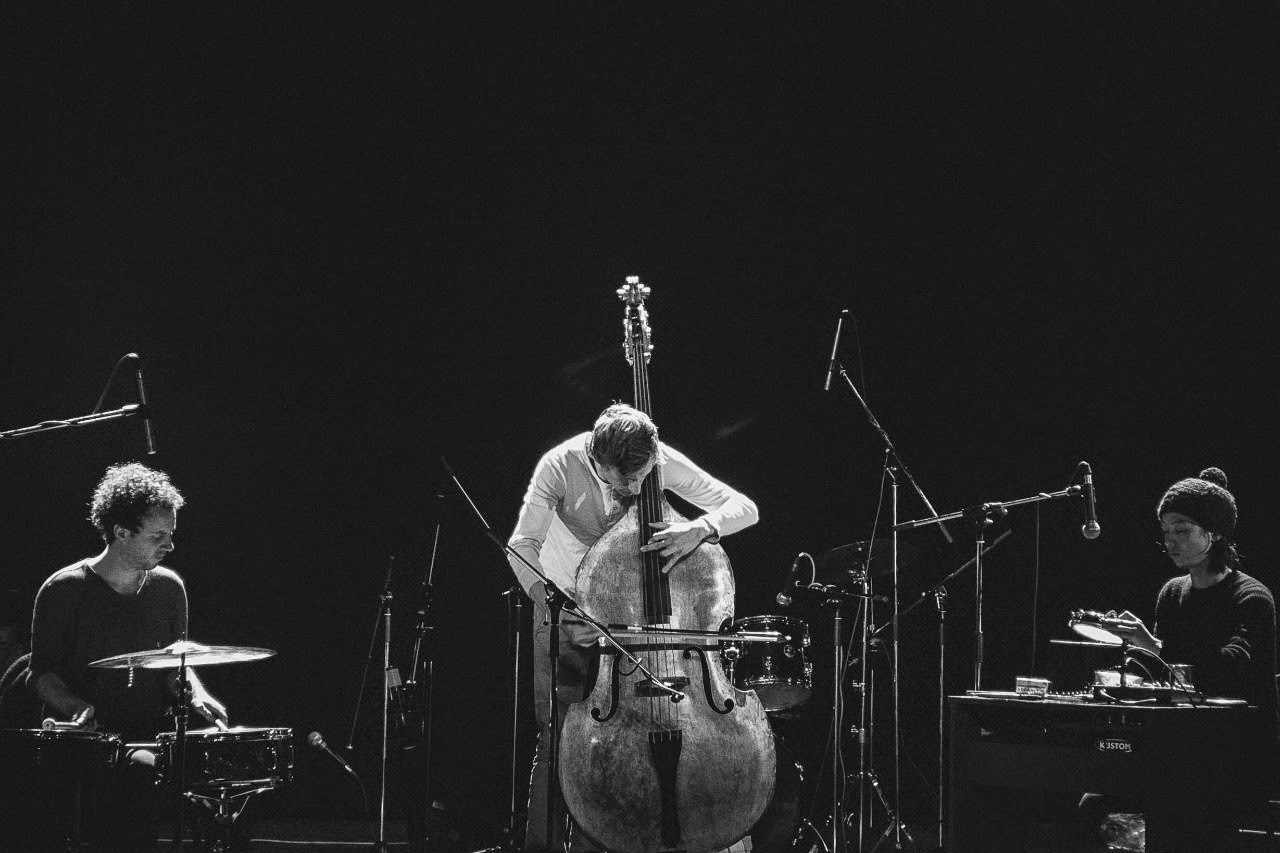 наказание is an extended percussive trio composed by three open minded players. Acoustic phenomena produced by the band draw a map without borders and push the music at an exciting saturated point. Music here is not far of its inner relation to noise. A concert of наказание - punishment in russian - is like an art performance of which you don’t know the outcome. Like vegetables, different shapes, different color, different seasons to enjoy.

Cyclist, Daichi Yoshikawa is currently based in London and Berlin. In front of him on the table are his instrumental parts laid out: the Yamaha MSP3, the MSP5, the HS7, and the Mackie-mixer. These are all controlled with the bounce and grind of his conductor stick, the contact mic and the metal objects and small percussions to create a personal trip on acoustic feedback.

Joel Grip continues to schlepp his double bass around the globe as if it was the ax that chops down the branch he is sitting on. A constant down-fall of music establishing a moist ground for a coming backlash of woodpeckers making those guts vibrate the way you want it. Umlaut, Umlicht and Umdicht are his ambiguous mobile homes under constant construction. Active in the groups Peeping Tom, Mirror Mind Rose, Ahmed, Borel Grip duo, Je Suis! and наказание.


Antonin Gerbal, probably the most swinging guy in Paris, never let go of the stick attached to an idea. Simultaneously making people dance, he questions his audiences in deconstructing every possibility of an obvious thought. This is the dance, the music; the in-between polarities. The balance act of keeping it or loosing it is a good reason to swing. In any case, his activities, grown from the famous Umlaut head quarters at Rue Polonceau in Paris, leaves nothing unattended. You can hear this in Ahmed, Zoor, Peeping Tom, R.Mutt, and наказание.


Improstor, a space both cultural and virtual, is a created to represent music makers whose work leap out from the boundaries of certain musical genres and who repose on what we may roughly call improvisation, interactive performance, etc. Improstor’s intention, with sporadic musical concerts given by a range of different authors, is to introduce this fairly new musical tendency, that lacks no cultural merit, to people from this area. Almost any place can be used for a happening of this kind – a cultural club, a coffee-shop, a book store or an open air venue, where each individual with its creative potential and ideas, open for new experiences and experimenting, is welcome as an eventual participant in this improvised cultural nook called IMPROSTOR!